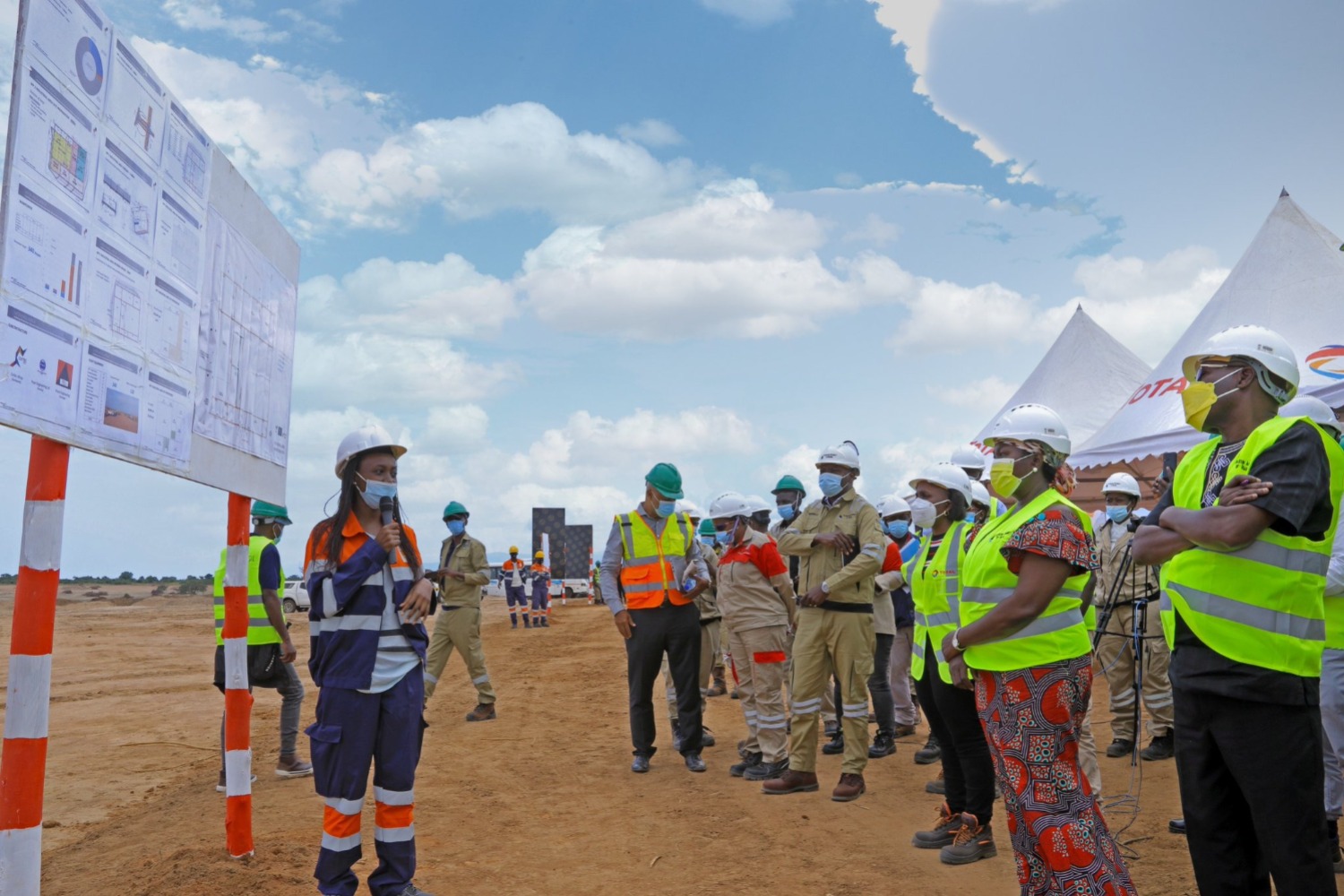 Following consistent and resilient efforts, Uganda made its first commercial oil discovery in 2006. Since then, Government has worked with licensed oil companies to study and further define the petroleum (oil and gas) fields within the Albertine Graben (Uganda’s rift valley basin along the western boarder of the country). The Albertine Graben stretches along the western border of the country and is the most prospective of the five (5) areas in the country with potential to accumulate oil and gas. The other four include the Moroto-Kadam area in the Karamoja region, the Lakes George and Edward area and the Lake Kyoga area. Exploration in Moroto-Kadam has been commenced by Government with some encouraging initial indications. For the remaining three, prospecting work is yet to commence.

Studies of the discovered oil and gas fields, which involved acquisition and interpretation of several technical datasets and drilling of wells, have significantly improved the understanding of the country’s petroleum potential. Indeed, by 2008 when Uganda passed the National Oil and Gas Policy, the confirmed volumes of oil in place stood at 300 million barrels (a barrel is equivalent to 159 liters) whereas today the figure stands at 6.5 billion barrels. Of this number, 1.4 billion barrels have been determined to be recoverable (or producible) commercially by using currently available technology.

The recoverable gas volumes stand at 500 billion cubic feet (bcf). This means that the confirmed volumes today have increased 20-fold compared to what the country had established by 2008. These resources have been confirmed from only 15% of the Albertine Graben which is currently licensed.

These volumes have been realized in twenty-one (21)oil fields that have been discovered in the Albertine Graben. To ensure progress from exploration to production, Government awarded nine (9) Production Licences between 2012 and 2016, over 14 (fourteen) of the discovered fields. The Licences were initially awarded to a Joint Venture Partnership of CNOOC Uganda Limited (CNOOC), TotalEnergies Exploration and Production Uganda B.V. (TOTAL) and Tullow Oil (TULLOW). However, in 2021, TULLOW sold its stake in the fields to TOTAL, thereby exiting the country’s oil and gas sector while the Uganda National Oil Company Limited (UNOC) entered the Joint Venture as a State participant.

In 2013, Government and the licensed oil companies agreed on a Commercialization Strategy for the discovered petroleum resources. The strategy involves development of a refinery in Uganda as well as construction of a crude oil export pipeline to the East African Coast. Following conclusion of key commercial agreements relating to the East African Crude Oil Pipeline (EACOP) in April 2021, efforts are now in high gear to develop all the infrastructure required to achieve First Oil in 2025.

On the production side of the value chain, the fields are being developed under two flagship projects which include the Tilenga project operated by TOTAL and the Kingfisher project operated by CNOOC. Tilenga, which lies in Buliisa and Nwoya districts includes the fields of Jobi-Rii, Ngiri, Gunya, Kasamene-Wahrindi, Nsoga, Kigogole-Ngara and Ngege Production Licences. Kingfisher Project which lies in Kikuube district, on the other hand, includes the Kingfisher and Mputa-Nzizi-Waraga Production Licences and it is operated by CNOOC. The two flagship projects are planned to produce over one (1) billion barrels of oil over the next 20 years.

Petroleum production in the Tilenga Project initially involves construction of thirty-one (31) well pads from which 426 wells are to be drilled.A well pad is a surface platform from which a well or a cluster of wells can be drilled. Nearly half of these wells will be used as oil producers, whereas the other half will be used to inject water into the ground oil reservoirs to assist in sustaining production and push the oil towards the surface, hence maximizing oil recovery from the ground. To minimize costs and operational challenges as well as reducing the environmental footprint especially in the eco-sensitive areas of the Albertine rift valley, multiple wells are planned to be drilled from the same surface location (well pad). This will ensure that whereas there will be several hundred wells in the underground, the surface locations will be limited. This will be achieved by drilling highly deviated and near horizontal wells to target different underground locations from the same surface locations with limited pre-determined dimensions. This type of well technology also optimizes well productivity and maximizes oil and gas recovery from the ground.

Due to the shallow nature of the discovered petroleum fields, the pressure therein is generally low and cannot sustain the flow of oil from the underground natural reservoirs to the surface through the wells. This is because under normal circumstances, the underground reservoir pressure is directly proportional to the depth below the surface at which the reservoir lies. To address the low-pressure challenge, therefore, and as mentioned above, some wells will be drilled to inject water into the reservoirs to sustain the pressure, whereas other wells will be drilled to produce the oil and gas.

In planning for development of oil and gas fields, an efficient reservoir pressure maintenance arrangement is paramount to allow for the best recovery of the resources (oil and gas). The strategy will also involve the use of a pumping technology on individual wells (commonly referred to as artificial lift) to further aid production of the oil.

After oil is pumped to the surface at the well pads, its then sent to the Central Processing Facility (CPF) through buried pipelines (flow lines). When produced, oil contains gas and a lot of impurities including water and sand, and it would not be economical or even technically plausible to transport it for long distances in that state to the market. This creates a need to collect it to a central facility (CPF) for cleaning and stabilization. Tilenga Project has a flow line network of approximately 160 kilometers and a CPF capacity that can process up to 190,000 barrels of oil per day.

Upon separation from oil at the CPF, the gas (termed as Associated Gas) will be used for generation of the power needed to run the different oil and gas facilities and production of Liquified Petroleum Gas (LPG), whereas the water (termed as Produced Water) will be treated and injected back into the oil fields for pressure maintenance as explained above. However, the recovered Produced Water alone will not be sufficient to meet the water injection needs and, therefore, some lake water will be used to top up the required water injection volumes.  The Kingfisher project on the other hand, will involve construction of four (4) well pads from which 31 wells (20 wells for producing oil while 11 wells are for injecting water) will be drilled. The CPF will have a capacity to process 40,000 barrels of oil per day whereas the flow line network will be some 19kms of pipelines Alex Nyombi( right) on a supervisory visit to the KFDA.

All these processes and requirements have been carefully studied and analyzed with the view of assessing their suitability, any impact they may have on the environment and other related issues. For this reason, the necessary Environmental and Social Impact Assessments have been carried out for all the projects in accordance with Ugandan laws and international standards and best practice.

After stabilization at the CPF, the oil from Buliisa will be transported by a 24-inch heated feeder pipeline to Kabaale in Hoima district, some 95 km from Buliisa. The pipeline will be insulated and buried to eliminate any footprint at the surface. Oil from the Kingfisher CPF will be transported to the same location in Hoima district using a 12-inch, 46km long heated and buried feeder pipeline. It is in Kabaale where a fiscal meter will be located to accurately measure the daily production and the appropriate amounts allocated to the different parties including Government and the different oil companies in proportions earlier agreed to in the Production Sharing Agreements (PSAs). This is where the upstream value chain terminates. The expected combined peak production of both Tilenga and KFDA projects is 230,000 barrels of oil per day.

The Author is the Development and Production at the PAU