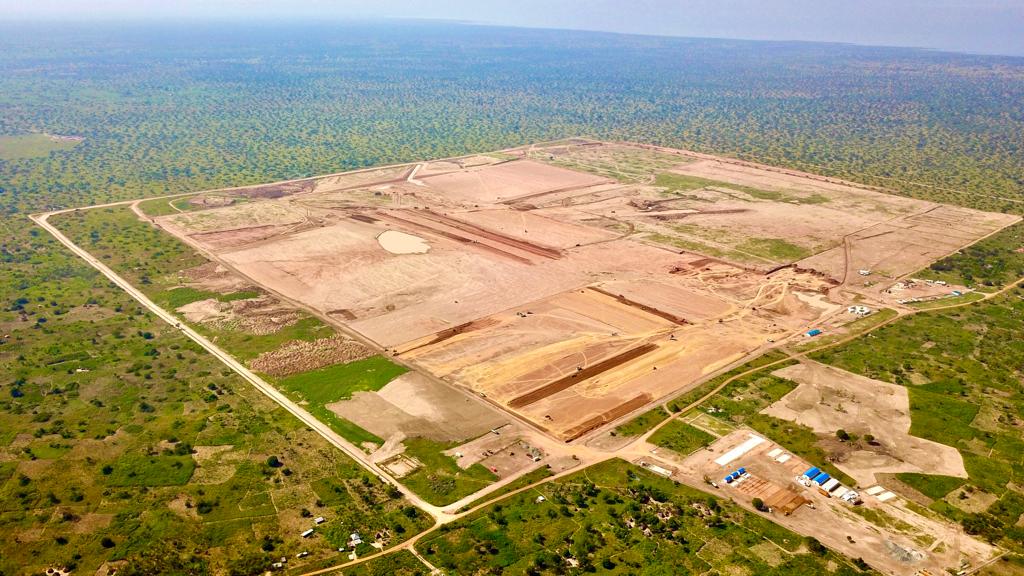 Uganda has steadily progressed with its long-held plan of commercialising its crude oil reserves since the first discovery of commercially viable quantities was confirmed in 2006. To achieve this dream and plan, Uganda has had to endure the delay of having to establish all the necessary legal and regulatory framework and necessary infrastructure.

On 11th April 2021, key oil agreements were signed there by setting motion for progress of works and de-risking of the Ugandan Oil Project. The only aspects remaining are for the Joint Venture Partners (JVPs) to announce the Final Investment Decision (FID) and the Parliament of Uganda to pass the of the enabling legislation for the East African Crude Oil Pipeline (EACOP).

The EACOP; a 1443 Km cross border is set to run from Hoima in Uganda to a seaport terminal in Tanga, Tanzania. To facilitate the development of this project, the Governments of Uganda and Tanzania signed an Inter-Governmental Agreement (IGA) in May 2017. Both States subsequently signed individual Host Government Agreements (HGA) with the project developers, East African Crude Oil Pipeline Limited, aimed at implementing this capital-intensive project in their respective territories in April and May 2020 for Uganda and Tanzania respectively.

The Uganda HGA however remains partly effective pending the passing of enabling legislation by the Ugandan Parliament to make it fully effective. This enabling legislation is the East African Crude Oil Pipeline (Special Provisions) Bill 2021 and the Public Finance Management (Amendment) Bill 2021 which were gazetted on 1st October and 27th September 2021 respectively. Upon the successful passing of these laws, the Uganda HGA will become fully effective and essentially unlock Uganda’s oil industry.

The EACOP (Special Provisions) Bill seeks to fully define the legal and regulatory framework for the EACOP Project in Uganda by enabling aspects agreed upon in the IGA and the HGA to ensure lawful implementation of the project in Uganda. It should also be noted that Tanzania has passed a similar law, the Written Laws (Miscellaneous Amendments) (No.2) Act 2021, to enable the implementation of the project in Tanzania.

The Bill effects the use of a fixed tariff regime for the transportation of crude oil from the Albertine Graben. This essentially guarantees a stable tariff for the crude oil from the existing oil fields in Uganda and preserves the value in the upstream value chain. The Bill also enables Government and the Uganda National Oil Company (UNOC) to pay the transportation fee (tariff) for their crude oil volumes using crude oil instead of cash. This guarantees that their crude oil delivered at the exit point of the EACOP in Tanga would be free from any encumbrances and gives Government and UNOC the freedom to obtain maximum benefit from the oil from that point on.

The main components of the Bill seek to address concerns regarding promotion of National Content participation, third party access, insurance for the EACOP, environmental protection, financial obligations of UNOC as a JVP, and harmonisation of operations in both Uganda and Tanzania.

The Bill dedicates an entire section to dealing with issues of national content applicable to the EACOP project by making provision for Ugandan citizens and enterprises to optimally benefit from the project through prioritisation, ring fencing and joint ventures, and free movement of labour across Uganda and Tanzania.   This initiative is certain to augment the capacity of Ugandan citizens and enterprise in participating in projects of this magnitude. It also puts them in good stead to participate by providing goods and services to similar projects happening regionally such as the Mozambique Liquified Nitrogen Gas (LNG) project, expected to cost approximately US $ 20 billion as well as the proposed Tanzania LNG project that is expected to cost US$ 30 billion.

The Bill provides procedures on how a third party can access the EACOP. The section defines the tariff to be incurred by third parties who wish to use the EACOP. This guarantees that the crude oil from any future discoveries can easily be commercialised, thereby giving an incentive for further exploration in the country.

To ensure that there is no loss during transportation of the crude, the Bill sets out the insurance and reinsurance regime applicable to the EACOP project. This is by ensuring that the project is insured during the construction and operation periods in respect property damage, environment damage, marine cargo, and third-party liability among others.

One of the many criticisms the EACOP has received is in regard with how environmental concerns will be handled. The Bill recognises the need for environmental restoration at the end of the pipeline activities by setting out a decommissioning regime to ensure this is done thoroughly as well as making provision for how the funds required to decommission the pipeline will be kept.

The Public Finance Management (Amendment) Act 2021 on the other hand seeks to ensure that the UNOC as Government of Uganda’s nominated state participant for oil activities across the upstream and midstream sectors of the value chain can meet the related obligations. The PFMA amendment therefore seeks to allow UNOC to have access to the proceeds from the sale of interest from the crude oil due to it to meet its various financial obligations in relation to its participation in the upstream and midstream projects. These include obligations in the Production Sharing Agreements, the Joint Operating Agreements, the Host Government Agreement and the Tariff and Transportation Agreement among others.

The passing of this enabling legislation will therefore ensure the lawful implementation of the EACOP project in Uganda, give re-assurance to the investors of government’s commitment to fulfil its obligations under the HGA, and give confidence to the Government of the United Republic of Tanzania of Uganda’s commitment to the project. The Bill once passed will most importantly unlock the Uganda oil industry with a projected investment of US $ 10-15 Billion over five years.

The enabling legislation will also ensure alignment of the work schedule between the Upstream (Tilenga and Kingfisher projects) and Midstream (EACOP project) to spur Uganda’s oil and gas industry. This will, in turn, facilitate the achievement of the First Oil target of 2025.