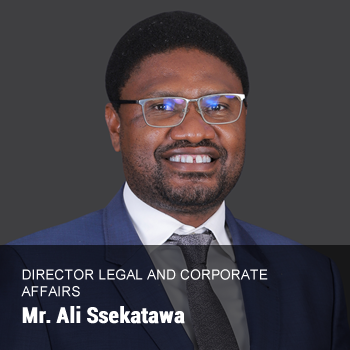 With the lifting of most COVID-19 restrictions in the country and globally, there is increased activity in Uganda’s oil and gas sector. The land acquisition process has progressed significantly following the conclusion of the key petroleum agreements in April 2021 that propelled the sector into the development phase. This is a good thing for the people and communities closest to the oil and gas projects, whose livelihood and welfare remains Government’s priority throughout this process.

Over 10,000 Ugandans are impacted by the process as the oil companies acquire land for the three (03) key oil and gas projects on behalf of the Government:

There are 5,523 people affected by the Tilenga project. The project land with Project Affected Persons (PAPs) is 2,901 acres across Buliisa, Hoima and Kikuube districts. The project also needs additional land within Murchison Falls National Park in Nwoya District, but this land does not have PAPs. The acquisition of the required land is divided into six (06) Resettlement Action Plans (RAPs): RAP 1, 2, 3A, 3B, 4 and 5. All the land under RAP 1, approximately 786 acres, was successfully acquired by April 2021. This land will have the Central Processing Facility (CPF) and the site for constructing the CPF is already being cleared.

So far, 95% of the PAPs have gone through Financial Literacy Training to boost their knowledge and gain skills in financial management. This training is an important step in ensuring the PAPs retain value from their compensation. After the financial training, PAPs without bank accounts who qualify for cash compensation opened bank accounts and signed compensation agreements. On average, 85% of all the PAPs for the five (05) RAPs have signed the agreements, and the first group received payments into their bank accounts early last month (August 2021). Additional livelihood restoration programmes for Tilenga PAPs have included agriculture improvement services, apiary projects and improved cassava stems.

The Kingfisher Development Area (KFDA) project land has 727 PAPs across 1,020 acres in Hoima and Kikuube districts. Three (03) RAPs are being finalised for the required land for the CPF, flow lines, feeder line, temporary camp and other facilities.

The KFDA land acquisition process has advanced the furthest compared to the other petroleum projects. Over 99% of the PAPs have been compensated and are already benefiting from various livelihood restoration programmes, the latest being the provision of 5,000 chicks to 291 PAPs on 2nd September, 2021. In addition, the agriculture and livestock programme that has been in place since 2020 provides the PAPs with training, livestock feed, veterinary services, as well as support to tree nursery beds and vegetable gardens.

The East African Crude Oil Pipeline (EACOP) will transport crude oil from Kabaale, Hoima district to Tanga Port in Tanzania. At 1,443 kilometres, the EACOP will be the longest, heated, buried crude oil pipeline in the world. In Uganda, the EACOP project will take 2,740 acres of land in linear formation. It will cover 296 kilometres through Hoima, Kikuube, Kakumiro, Kyankwanzi, Mubende, Gomba, Sembabule, Lwengo, Kyotera and Rakai districts, impacting 3,792 people.

The EACOP company is currently disclosing the valuation report to all affected persons, which will be followed by other pre-compensation activities like bank account opening and financial literacy training. Later this month (September 2021), entitlement disclosures will begin and the PAPs will be paid by December 2021.

The Petroleum Authority of Uganda (PAU) monitors the land acquisition process to ensure value for money during implementation, as well as compliance with Ugandan laws and international standards. Ultimately, the priority is to ensure a better way of life for the people affected by the oil and gas projects – a better life than the one they had before the projects started.

The projects are being implemented in line with Ugandan laws supplemented by International Finance Corporation (IFC) Standards on land acquisition. A critical element in this implementation is the right of the people whose primary residences and land have been affected to decide between cash and in-kind compensation. Where in-kind compensation is preferred, the PAP is given a land title alongside the new house or land to ensure security of tenure. The standard amenities in the resettlement houses include solar power, a modern kitchen with chimney, a 1,000-litre harvest water tank and a ventilated improved pit latrine. So far, the resettlement houses have been well received as an improvement from the homes the PAPs had before the commencement of the oil and gas projects.

The second element of prioritising the people’s wellbeing is access to information. The companies and Government officials hold frequent discussions with both the directly affected persons and the communities before, during and after the compensation exercise to share as much information on the project as possible. These engagements are carried out in a strategic, targeted and comprehensive manner in the presence of local leaders, community elders and civil society. Where necessary, community-based interpreters and translators are involved to ensure all the people get all the correct information. In addition to the dialogues, the project companies and Government continually update the PAPs and communities through sports and cultural event platforms, conferences, radio and television advertisements, newspaper articles and social media campaigns.

The final element in ensuring precedence for the people, is the right to a grievance management process to resolve any misunderstandings that could arise within RAP implementation. These could be disputes or disagreements with the project companies or among the PAPs themselves. Grievance management is a formal, clear and thorough process defined in the RAPs. When a grievance is raised, the well-defined steps are taken to ensure it is resolved before any compensation can be made on the affected property. The process involves representatives from the local governments and the PAPs to ensure full representation. The leadership representatives are also drawn from all levels, from the Local Council (LC) I to the District LCV. The last resort and final level in the grievance management process is courts of law.

In conclusion, the PAU upholds the welfare of project affected persons as a significant factor in monitoring the successful implementation of the petroleum projects. The Government remains committed to prioritising the wellbeing of the people and the communities in the areas of oil and gas operations, particularly during the land acquisition process.

Ali Ssekatawa is the Director, Legal and Corporate Affairs at the Petroleum Authority of Uganda.  ed@pau.go.ug