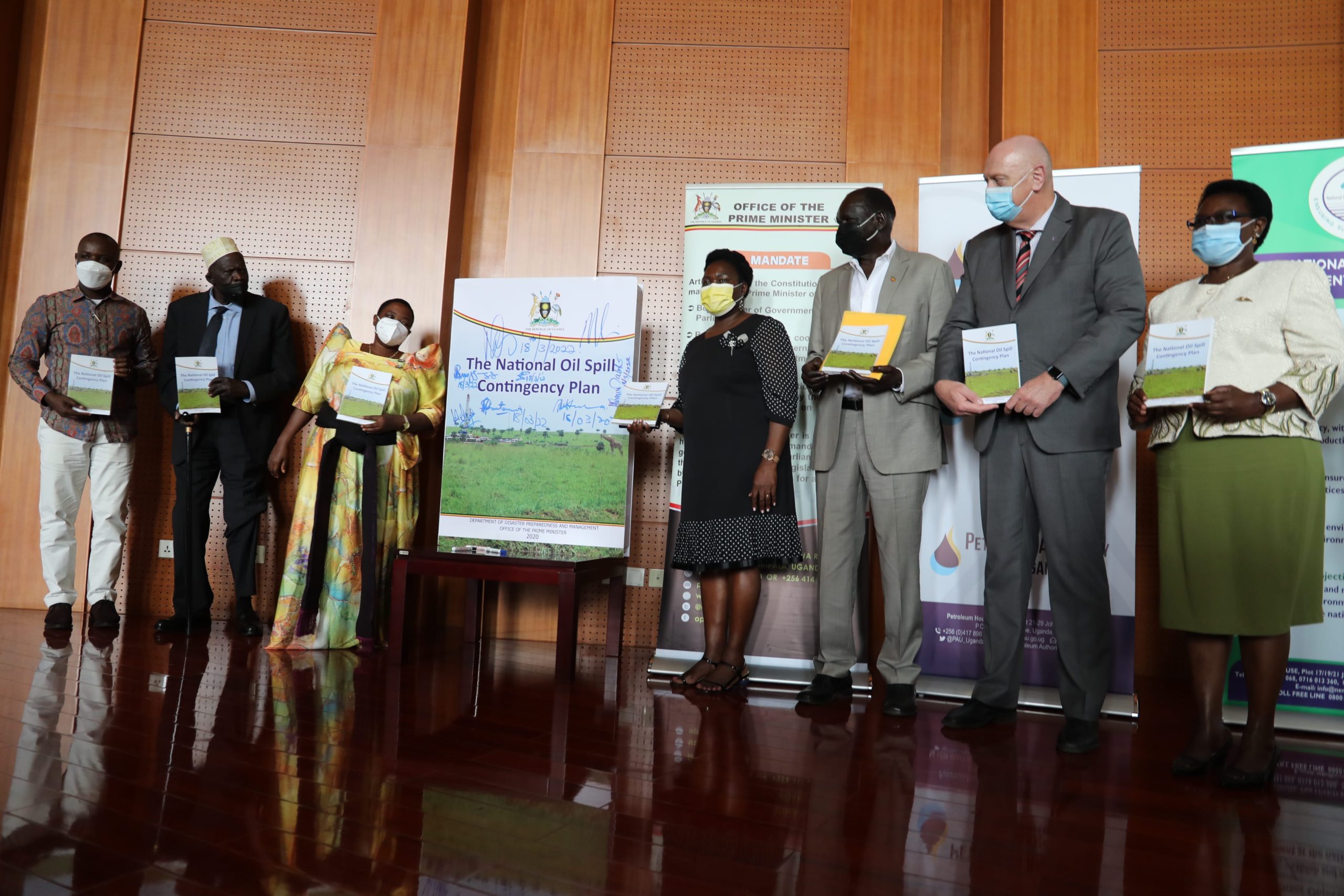 The Rt. Hon. Robinah Nabanjja, the Prime Minister of Uganda has urged entities charged with overseeing the oil and gas operations in the country to widely publicise the National Oil Spill Contingency Plan (NOSCP) that she officially launched on 18th March 2022. The NOSCP is a framework to guide national oil spill preparedness and response in the event of an oil spill.

Rt. Hon. Nabanjja said; “the people in the areas where the oil projects are situated will need to be sensitised on what to do and what not to do incase of an oil spill”. She added that Government has continued to show consistent support to the oil and gas sector by providing a peaceful environment for the investors to operate.

Speaking at the same event, Hon. Ruth Nankabirwa, the Minister of Energy and Mineral Development emphasized the need for support from all players to exploit Uganda’s oil and gas industry to deal with energy poverty.

“NGOs (Non-Governmental Organisations) that thought that the industry will be derailed should now know that we have left no stone unturned to ensure that our biodiversity concerns are well addressed”, she said.

She further added that her Ministry “has worked with other agencies of Government and industry stakeholders to champion the development of several frameworks to support environment management and biodiversity protection during oil and gas activities”.

Mr. Ernest Rubondo, the Executive Director at the Petroleum Authority of Uganda (PAU) re-affirmed the Authority’s commitment as the designated Competent National Authority (CNA) for ensuring the implementation and operability of the NOSCP.

He said, “the legal framework and the NOSCP establishes an effective and coordinated national oil spill preparedness and response system, including designating responsible institutions and response command structures”.

“In the unlikely event that an oil spill occurs, it is imperative that it is managed well, and our first action should be to contain and control the spill. Thereafter endeavor to respond quickly and in a well-organized manner”, Mr. Akankwasa added.

The legal framework, with hindsight that effective management of oil spills depends on good coordination and collaboration between several entities, requires that the Office of the Prime Minister (OPM), NEMA and the PAU to work closely together on several undertakings aimed at preventing / preparing for / responding to oil spill incidents. This however does not take away the independence of these institutions in the implementation of their core mandates and duties as well as roles provided for in the regulations.

The NOSCP is premised on internationally recognized “PEAR” priority order, where in the event of an oil spill, response shall be undertaken with due consideration for:

Key Highlights of the NOSCP