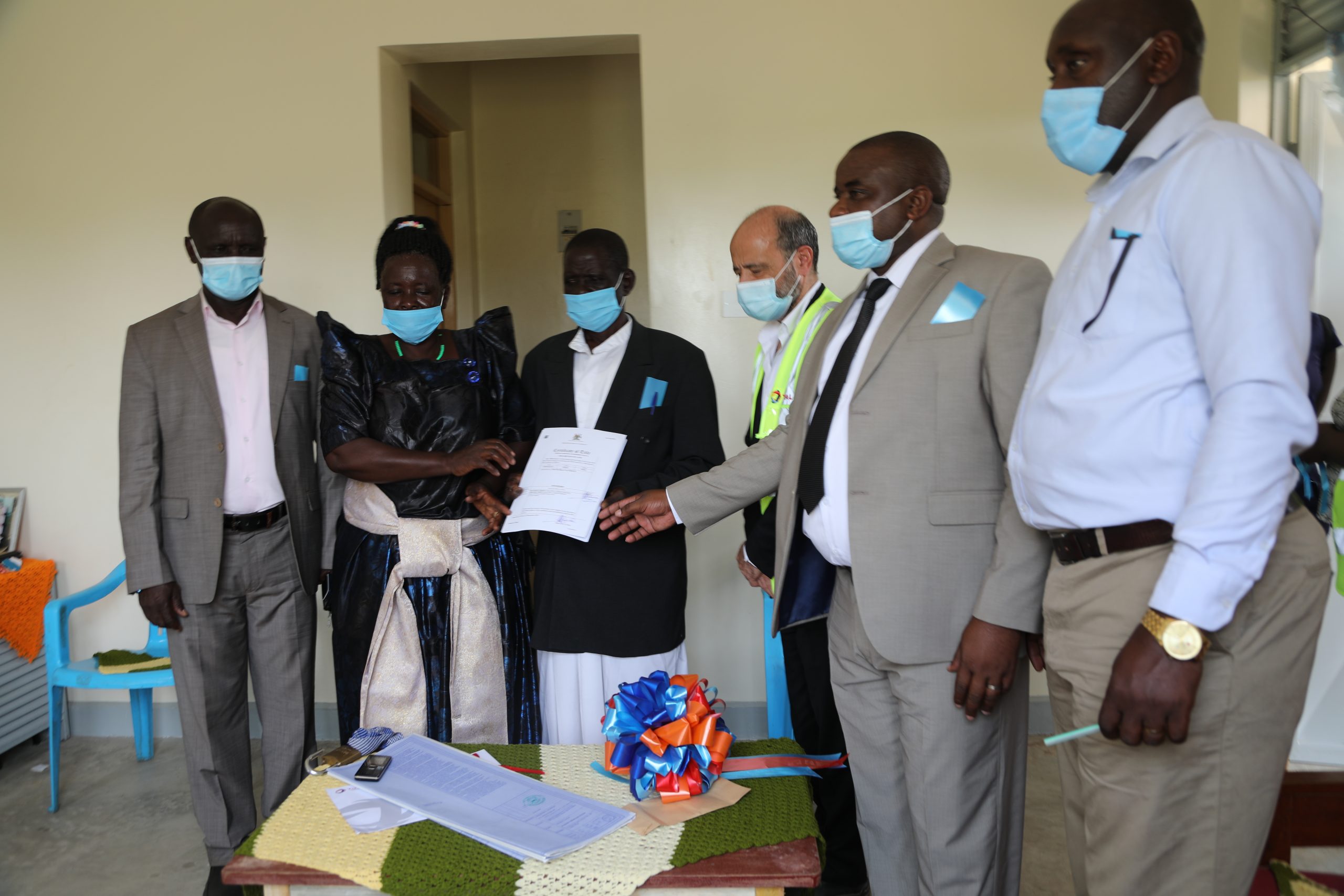 Total E&P Uganda (TEPU) handed over twenty-nine (29) resettlement houses to primary residents under the first Resettlement Action Plan (RAP1) for land acquisition for the Tilenga project. RAP 1 covers land required for Industrial area that will host the Central Processing Facility (CPF) for Tilenga project in Uduku 2 and Kasinyi villages in Ngwedo sub-county, Buliisa district.
Speaking at the launch and handover of houses to the beneficiaries, Mr. Pierre Jessua, General Manager, TEPU noted that the resettlement houses are a sign of the project’s commitment to ensuring socio-economic stability of project affected persons (PAPs).
“We are committed to developing the Tilenga project while observing the highest human rights standards,” he said, adding that TEPU is implementing the necessary initiatives to improve the living standards of the PAPs.
On behalf of the Government, the Petroleum Authority of Uganda (PAU) thanked the 623 PAPs under RAP1 for facilitating the project by cooperating in the land acquisition process. The PAU also assured the communities that land acquisition process for the remaining RAPs under the Tilenga project (2, 3A, 3B, 4 and 5) would be undertaken diligently.
In addition to the CPF that will process 190,000 barrels of oil and 700,000 barrels of total liquid per day, the Tilenga project requires land for: 426 well pads; 160 kilometres of flow-lines which will transport crude oil and water from the wells to the CPF; water abstraction points; a 95-km 24-inch feeder pipeline which will transport the processed crude oil from the CPF in Buliisa to the export hub and Refinery in Kabaale in Hoima District; and, access roads.
“Land is a vital component of this project. This step paves the way for the international oil companies to take the Final Investment Decision, after which construction for the various infrastructure and facilities will start in earnest,” said Mr. Rodney Golooba, the acting Director, Legal and Corporate Affairs at the PAU.
“As the Industry regulator, the PAU has been involved in the RAP process. The PAU is happy to note that the project developer has adhered to the national and international standards during the implementation of this activity,” he added.

The Chief Guest at the ceremony was Mr. Longino Bahebwa, Resident District Commissioner, Buliisa District. Other guests included Mr. Simon Kinene, the LCV Chairperson for Buliisa District, Mr. Frank Kandiho, the District Internal Security Officer, Buliisa District, and representatives from the Ministry of Energy and Mineral Development and Civil Society Organisations (CSOs).
The leaders commended TEPU and the PAU for working together to fulfil their obligations towards the PAPs, and the continued support rendered to the PAPs during the land acquisition process.
The primary residents have received land titles for the houses, as well as relocation assistance. They are also currently benefiting from livelihood restoration programmes and psycho-social support, including: financial and vocational training; health focused training (HIV awareness), improved agricultural services (improved seedlings, crop and livestock); extension services; bee keeping; and, dry rations of food. Fourteen (14) out of twenty-nine (29) primary residents PAPs that received their resettlement houses are female.