With over USD1 bn earned by Ugandans and over USD1.7 bn gov’t infrastructure investments; how oil and gas is changing Ugandan lives even before first oil flows From the time Uganda hit the first commercially viable oil finds at Mputa-1 well on 6th January 2006, the word on everyone’s lips has been “first oil”.

Cabinet in 2008 passed the National Oil and Gas Policy (NOGP) 2008 which laid out a path for ensuring that Uganda’s oil and gas resources would be dedicated to poverty eradication and the creation of lasting value to society. This would be possible through “high standards of transparency and accountability in licensing, procurement, exploration, development and production operations as well as management of revenues from oil and gas.” 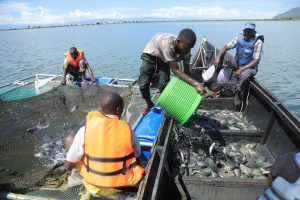 Pursuant to the NOGP, parliament enacted the Petroleum Exploration, Development and Production Act of 2013. The act provided for the creation of two institutions― the Uganda National Oil Company (UNOC) to take care of the commercial interest of Government in the oil and gas sector on the one hand, and the Petroleum Authority of Uganda (PAU) to regulate and monitor the industry. The Ministry, on the other hand, would retain its policy-shaping and licensing role.

Five years since the creation of the Authority, in October 2015, Ernest Rubondo, the PAU Executive Director, says that the developments in the oil and gas sector are paying off handsomely, even when the oil is yet to flow. Read full article: https://www.ceo.co.ug/with-over-usd1-bn-earned-by-ugandans-and-over-usd1-7-bn-govt-infrastructure-investments-how-oil-and-gas-is-changing-ugandan-lives-even-before-first-oil-flows/