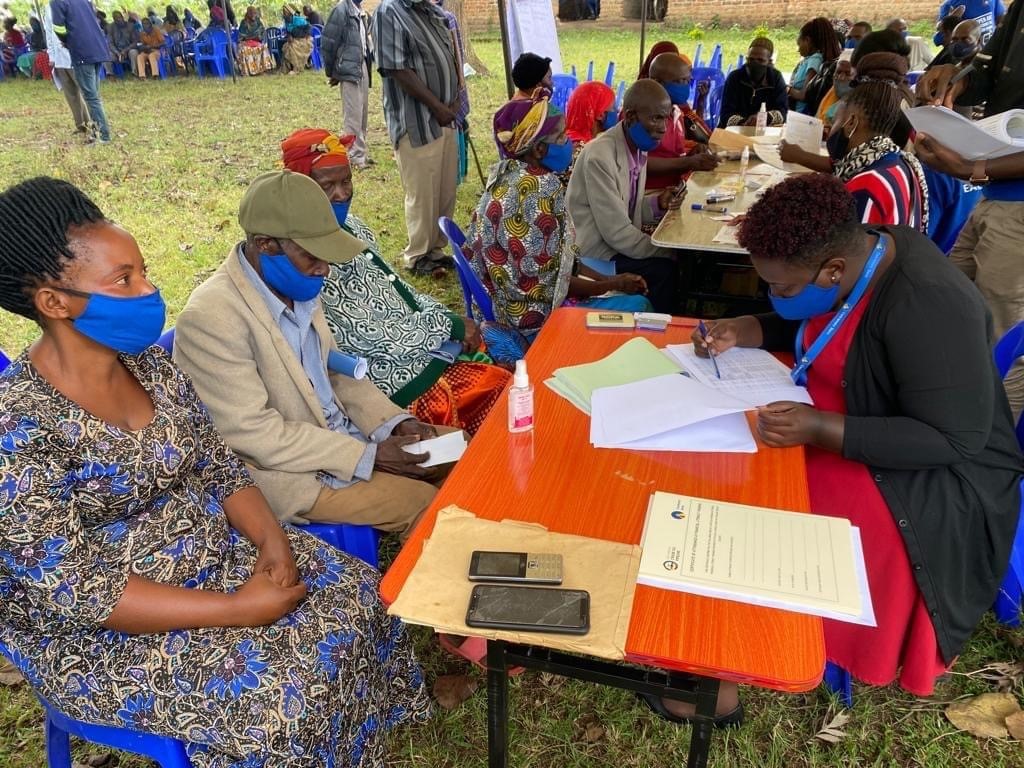 The reports allege that the EACOP PAPs are being made to sign documents that they don’t understand, and don’t know which kind of houses they will be given after displacement.

Contrary to this, the acquisition of land for EACOP is being undertaken in an open and transparent manner that conforms with international best practices and all the Ugandan laws.

Facts about the EACOP Project

The EACOP will transport crude oil from Kabaale, Hoima district to Tanga Port in Tanzania, covering a distance of 1,443 kilometres. In Uganda, the EACOP project will cover 296 kilometres through ten (10) districts, impacting 3,792 PAPs on approximately 2,740 acres of land, in linear formation. The PAPs include 3,096 with land interests and 696 licensees with structures, crops or trees growing on land owned by other PAPs. In Kyotera district, total land take is 256acres, 524 PAPs (PAPs are different from households because some PAPs are recorded twice or more), 444 of these are landowners and 80 are licensees. The district has 13 primary residents, who qualify for replacement houses.

As part of the land acquisition process, the project developers have disclosed the valuation report to all affected persons, which is followed by other pre-compensation activities such as bank account opening and financial literacy training. After this, payment of entitlements will be made, including in-kind compensation and resettlement, together with implementation of the livelihood restoration projects.

The Petroleum Authority of Uganda (PAU) monitors the land acquisition process to ensure value for money during implementation, as well as compliance with Ugandan laws and international standards. Ultimately, the priority is to ensure that the affected communities are not disadvantaged by the project and are provided with the necessary support.

The assessment forms are used to capture information on the impacted property of each individual PAP.  The forms are filled in the presence of the PAP (household), a trusted witness chosen by the PAP, Local Council (LC1) chairperson and representatives from the Ministries of Energy and Mineral Development and that of Lands and Housing (Chief Government Valuer’s office). Assessment forms are issued at the time of actual assessments and not at disclosure stage, as implied. At the time of assessment and disclosures, there are translators both from the contractor side and the affected communities. PAPs are also at liberty to come with their own translators, where they feel they need help understanding the process.

All EACOP RAP related documents and engagements have translators to ensure that PAPs can fully understand the information and make informed decisions. Disclosure materials are also translated into local languages for ease of understanding. If the PAP is not satisfied with the assessment, there is a grievance management process and committee in place to address any complaints that may arise, and these are constituted by the local area leaders and the representatives of the PAPs. Grievance management is a formal, clear and thorough process defined in the Resettlement Action Plan (RAP). When a grievance is raised, the well-defined steps are taken to ensure it is resolved before any compensation can be made on the affected property.

It is therefore misleading to claim that the PAPs have not been offered enough support in the ongoing compensation process.

The size of the replacement house will be at least equal to the existing structure, the houses will be of an equivalent or better standard compared to existing structures and will be built to National Physical Planning Standards and Guidelines (2011).

There are three (03) house type designs (different size ranges) and each homestead will include: One pit latrine / bathroom structure; One standard kitchen structure; One rainwater collection tank (dwelling structure to have gutters and downpipes); One integrated solar power system (to meet estimated power consumption of one household); and One energy-saving cooking stove in kitchen structure. All this information was disclosed to PAPs.

The IFC standards which, are followed in the process require that a PAP’s livelihood is improved and made better by ensuring that adequate compensation is made.

The Government remains committed to prioritizing the wellbeing of the people and the communities in the areas of oil and gas operations, particularly during the land acquisition process. The PAU welcomes stakeholders to seek clarity on the compensation processes, to avoid causing anxiety among the communities.