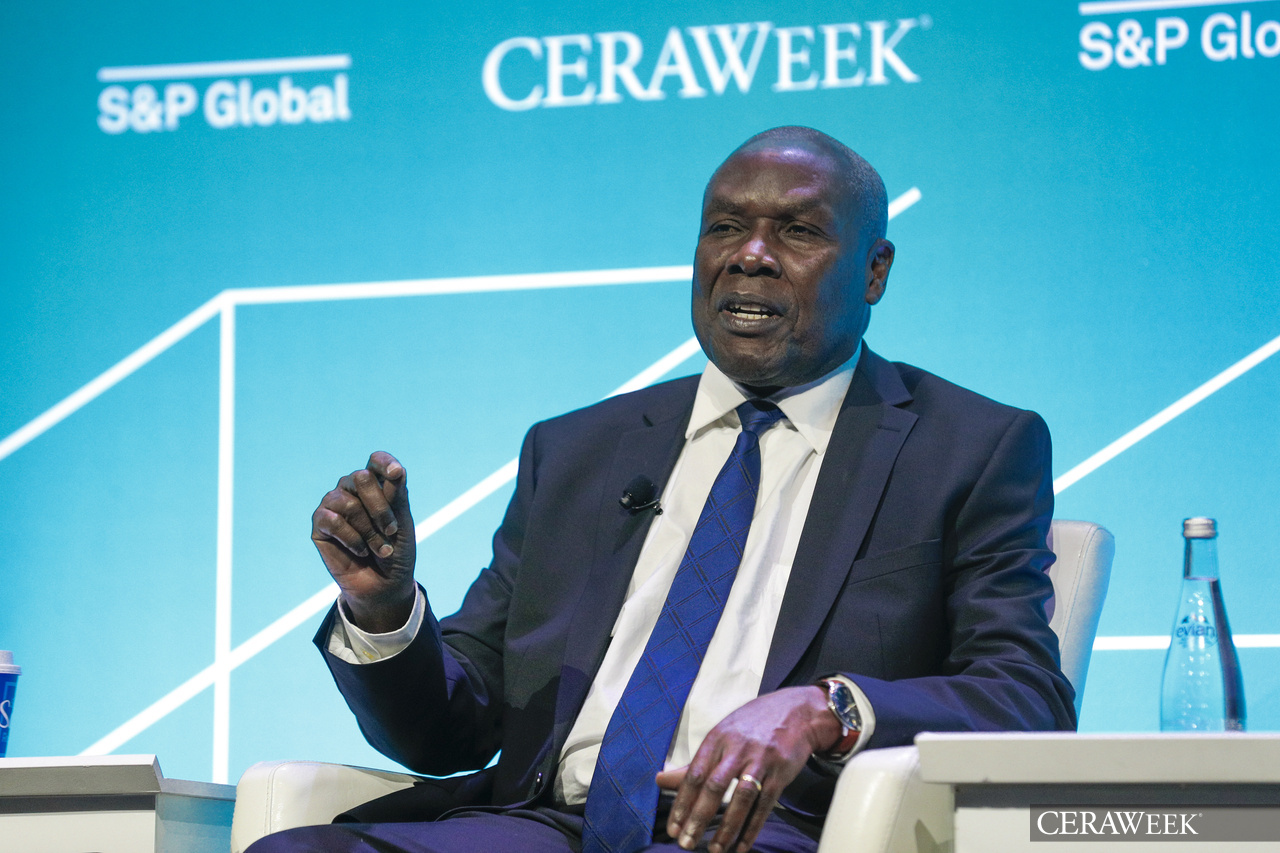 The need for Energy transition must be contextualized to sync with the actual reality and the needs of the African continent with a view to providing and enabling the sustainable exploitation of the oil and gas resources. This is the rallying call Hon. Okaasai Opolot Sidronius, the Minister of State for Energy stressed during a panel discussion during the CERAWEEK 2022 held in Houston, Texas, USA.

“We think that Africa needs special treatment through the provision of financing, technology and capacity building aimed at sustainable exploitation of its energy resources including fossil fuels, while striving to minimize emissions” remarked Minister Okaasai.

Minister Okaasai also indicated that Uganda was a clean energy country, and was making effort to deliver electricity, which is one of the clean energy sources to rural areas.

The Minister also appealed to investors to bring in technology that can be used to effectively develop the abundant renewable energies in the country, including oil and gas, solar energy, hydroelectric power, geothermal energy, and hydrogen, among others

He said, “Uganda was a clean energy country, and was making effort to deliver electricity, which is one of the clean energy sources to rural areas”, adding that “the region is well endowed with enormous natural resources such as hydro, geothermal, petroleum resources, wind, and solar energy, among others, yet only a small fraction of this potential has been developed”.

Mr. Demetrios Papathanasiou, the Global Director for the World Bank’s Energy and Extractives Global Practice, who was in the same discussion panel, indicated readiness of the World Bank to offer funding for energy projects in Uganda.

CERAWEEK is an annual meeting of the world energy industry leaders which plays a very important role in shaping the global energy agenda. Uganda’s delegation to CERAWEEK 2022 which was led by Minister Okaasai included representation from the Petroleum Authority of Uganda (PAU), and Uganda National Oil Company (PAU).

The key outcomes of this conference included the need for continued and accelerated exploration and production of oil and gas resources to guarantee energy security especially since the world is currently experiencing shortage of energy, the need to develop technologies to capture and store carbon arising from some energy sources, especially fossil fuels and the need to gradually transition into renewable energy such as hydrogen, solar and nuclear energy, among others.

The CERAWEEK 2022 was attended by over 6000 delegates, including top government officials and industry players worldwide.