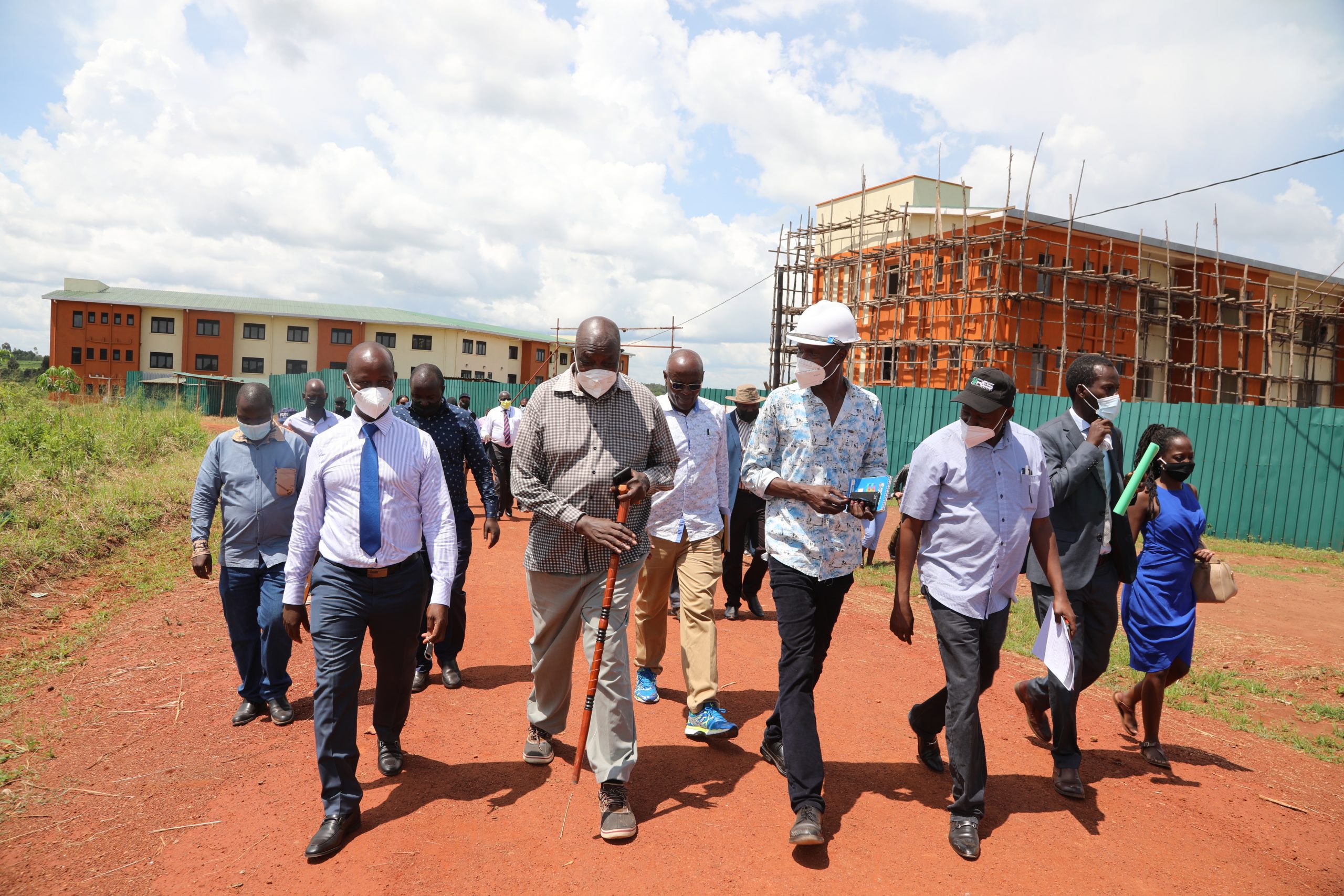 Members of Parliament (MPs) on the Environment and Natural Resources (ENRC), and Budget Committees have expressed optimism with the progress of Uganda’s oil project that is evolving into the development phase. This followed a two-day virtual meeting held on 23rd and 24th September, 2021 and completion of a four-day oversight field visit to the Oil and Gas operational areas in the Albertine region on 2nd October, 2021 that were jointly organised with the Ministry of Energy and Mineral Development, the Petroleum Authority of Uganda (PAU) and the Uganda National Oil Company (UNOC) to acquaint the new legislators of the oil and gas projects.

The legislators, who visited Uganda Petroleum Institute (UPIK), Stanbic business incubator project in Hoima, the Tilenga project in Buliisa operated by TotalEnergies, the Kingfisher project in Kikuube operated by CNOOC Uganda, and the Kabaale Industrial Park among others, are confident of the strides taken by the players in the sector and will ensure they play their role to pass the necessary laws and budget support to have Uganda’s first oil delivered by 2025.

While on the visit to ongoing site preparation works for the Industrial area, which will host the Central Processing Facility (CPF), for the Tilenga Project, Hon. Dr. Otala Emmanuel, the chairperson of the ENRC said members of parliament were interested in knowing the status of the project, the timelines and how best Parliament can support the sector.

“We are here to perform our oversight function to see that the country is on course to get the first oil by 2025 and get all the necessary information about the status of the project so that we can go and debate in parliament from an informed point of view,” he said. 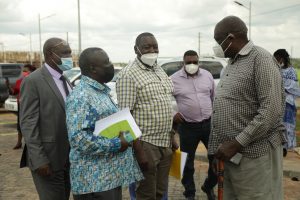 Hon. Isiagi Patrick, the Chairperson of the Budget Committee commended the efforts by the Oil Companies registered since the time his committee last visited the area in 2019.

“I want to commend you for the work you have done in the last two years even amidst this Covid-19 pandemic, the last time we came here, it was a bush. Today we are seeing the work that has been done in less than 24 months, it is amazing,” Hon. Isiagi said.

He further added that as a committee charged with budget allocations, they needed to know what the industry requires to speed up the process of ensuring UNOC, that is Uganda’s commercial entity is fully funded as a shareholder in the project.

Ms. Mariam Mbowa Nampeera, the Deputy General Manager of TotalEnergies E&P Uganda while delivering the status update of the Tilenga Project revealed that TotalEnergies had already taken Final Investment Decision (FID) for the Uganda Oil project in December 2020 and what remained was to have the enabling legislation for the midstream projects.

On 11th April, key oil agreements were signed there by setting motion for progress of works and de-risking of the Ugandan project.

“The only puzzle remaining is for the Joint Venture Partners (JVPs) to make final approvals and enacting of enabling legislation for the East African Crude Oil Pipeline (EACOP). These include the EACOP Bill, amendment of the Public Finance Act, and amendment of the Income Tax Act.”

She appealed to the MPs to have the enabling legislation fast-tracked because, “the common objective is to maintain an aligned schedule between the upstream (Tilenga and Kingfisher) and midstream (EACOP) project in order to achieve first oil targeted for 2025”.

This will correlate with the passing of similar corresponding enabling laws in Tanzania that is crossed by the EACOP too.

Mr. Ali Ssekatawa, the Director Legal and Corporate Affairs at the PAU, reiterated the need to pass the EACOP Bill as an enabling legislation as it was one of the aspects agreed upon in April during the signing of the key oil agreements.

“The EACOP Bill will enable Uganda and Tanzania have a harmonised law that allows inspectors from Uganda to go to Tanzania and those in Tanzania to also come to Uganda and the pipeline is regulated under the same standards in both countries and create special National Content priorities for the two countries,” Mr Ssekatawa stressed.

CNOOC Uganda vice president, Mr. Chen Zhuobiao told the MPs that CNOOC which has the operatorship of the Kingfisher project was still committed to the Uganda project and would deliver it at the same time with TotalEnergies.

Hon. Peter Lokeris, the Minister of state for Minerals said Government commitment to the oil project was loud and clear for everyone to see.

“As government, we also want to see this oil flow, that is why we have invested in these oil roads, airport and other infrastructure that the IOCs (International Oil Companies) requested us to do. We even signed the key oil agreements and now we shall have the EACOP Bill passed soon after cabinet approved it,” he said.

He added that national content was a priority for Uganda, and this would be followed through to have more Ugandan companies and individuals partake on the USD 20bn oil project.

The MPs were pleased with the ongoing works at the Tilenga Industrial area, the Kabaale International Airport and UPIK.

Works on the Tilenga industrial Area that will host the CPF, drilling support base, construction support base and construction camps have progressed and currently stand at 15%. Mota Engil is the main contractor for site preparation works and when this is concluded, the site will be handed over to the consortium of McDermott and Sinopec, who were awarded Conditional Letters of Award as main Engineering, Procurement and Construction (EPC) contractors for surface engineering.

Land acquisition for the Tilenga Project Industrial area stands at 100% with all Project Affected Persons compensated and compensation for Resettlement Action Plan (RAPs 2-5) that covers land for the feeder pipelines, flowlines, and access roads is ongoing. TotalEnergies expects the works to be completed in the next 43 months with a target to have first oil by the 2025. Land acquisition for the Kingfisher Project under the operatorship of CNOOC Uganda stands at 99% with PAPs currently benefiting from various livelihood restoration programmes. The latest programme is the provision of 5,000 chicks to 291 Project Affected Persons (PAPs) on 2nd September 2021, in addition to the livestock, fisheries and farm inputs that have been in place since 2020.