The Journey to FID – History of Petroleum Exploration in Uganda 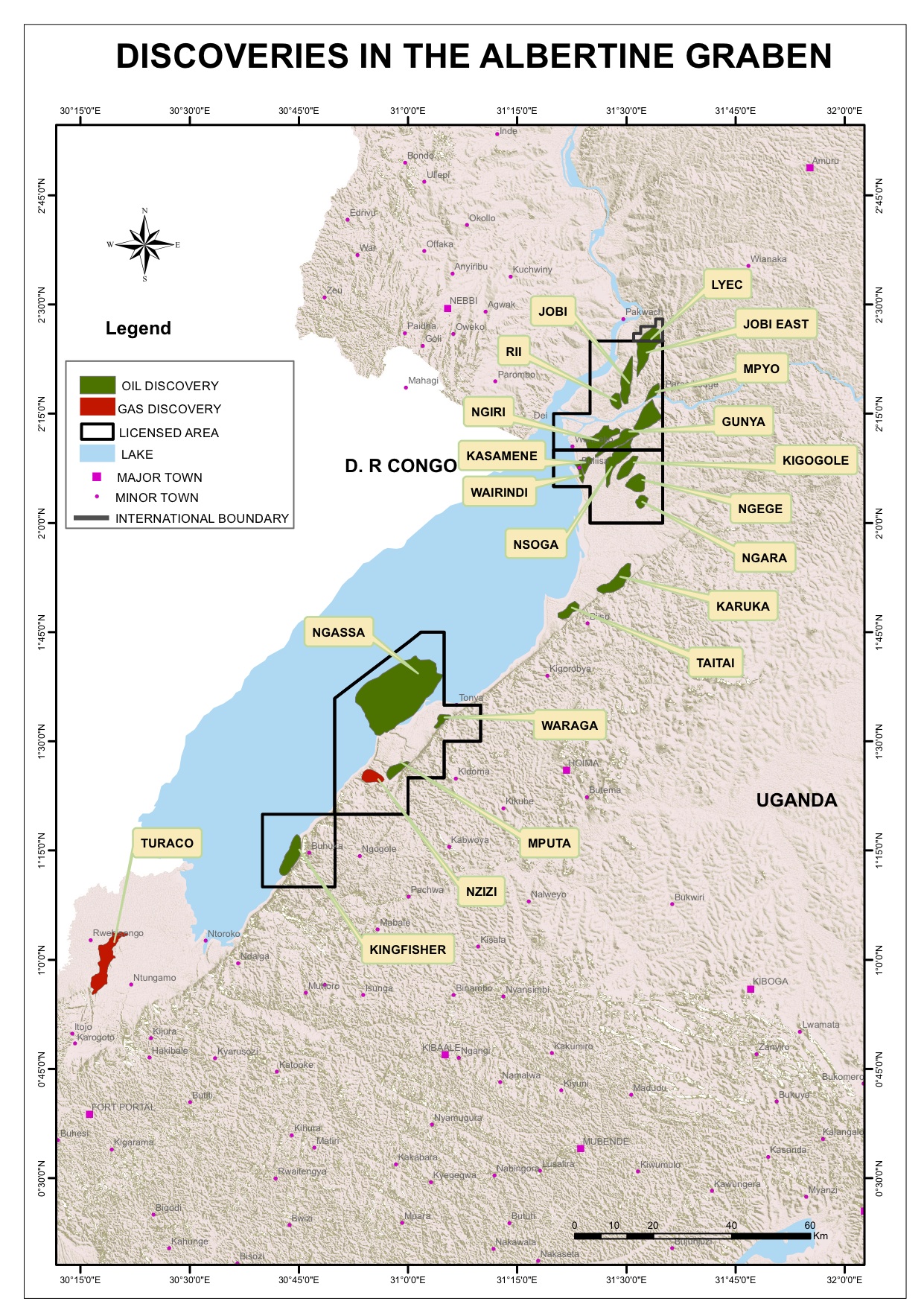 In 1925, Petroleum Potential of Uganda was documented by a Government Geologist E.J. Wayland, in the publication “Petroleum in Uganda”.  The report documented existence of oil seepages along the shores of Lake Albert on both Uganda and DRC sides.

In 1936 -1956, the first shallow stratigraphic wells were drilled by the African – European Investment Company.  The first deep well, Waki B-1 well was drilled in Butiaba, in 1938 and encountered bitumen. Twenty (20) Shallow wells were drilled in Kibiro and Kibuku areas for geological correlation and these are documented by Harris et al 1956. Geological surveys and Mines Department, during the 1940’s and 50’s established the presence of sedimentary sequences in the Albertine Graben (Memoirs of the Geological Survey, 1959).

The period 1945 – 1980 is referred to as the period of Limited Activity because of the Second world -war, change in policies of colonial masters where East Africa was zoned for Agriculture coupled with post-independence political uncertainties and instability in the Country.

Consistent and modern efforts commenced in 1983 with the acquisition of 9,578-line km of aeromagnetic data that identified three depo centres along the entire length of the Graben and have been going on.

Other achievements that have been made in this era are highlighted in the table below.